We live in a broken world, where teenagers walk hand in hand with terrifying realities. We live in a world, where a young girl has been torn apart by hatred, depression, and abuse. Everyday she comes face to face with her personal demons, and continues to wage an up hill battle against a difficult past. If you saw her today, you would never guess, she was the girl who has survived these hardships. I am writing a testimony to her strength, I am writing love on her arms. She is my best friend. She is my hero. She is my sister. She may not be biologically related to me, but we are closer than most siblings. During her darkest hour, she found hope, she was inspired by “To Write Love On Her Arms.” 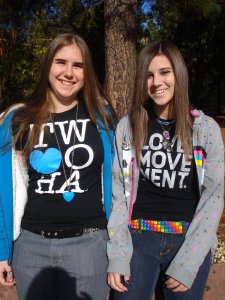 “To Write Love On Her Arms” is a non-profit organization that has grown from humble beginnings since February of 2006. It began as an attempt by a group of friends to get a 19 year old girl, Renee help. But with a mix of drugs in her system, and open wounds upon her forearms, she was labeled too much of a risk, and turned away. For the next five days, a living room becomes her hospital. The friends decide to make this impromptu rehab to be like no other. On Thursday, Renee listens intently as Band Marino, Orlando, Florida’s finest, play live. She roots for the Magic as they defeat the Sonics. She rocks out, watching Thrice play at the Taste of Chaos tour. On Sunday, she attends church surrounded by friends to pray with and for her. The following morning she is admitted to a rehabilitation center, clean and sober. (Vision, TWLOHA) 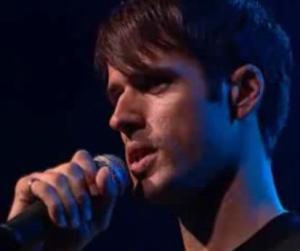 Jamie Tworkowski, one of the friends who helped Renee get the help she needed, wrote an account of her experiences and entitled it “To Write Love On Her Arms.” Jamie then started printing and selling t-shirts to cover the cost of her rehab bill. Soon after, Jamie began receiving letters telling of similar stories, asking for help, and seeking help for their loved ones; he received letters from over 40 different countries. He founded the organization on the belief that if you take a broken girl; treat her with respect, keep her clean, and be an example of God’s Love, rescue is possible. He was inspired, and started the organization, with the same name as the account of Renee, “To Write On Her Arms.” (NBC, YouTube)

As 2009 rapidly approaches, “To Write Love On Her Arms” has grown in size and following, over the past 3 years. TWLOHA was one of the first organizations to successfully reach teens and young people where they spend the most of their time: on the internet, listening to music, and shopping.

The non-profit movement uses the social networking sites, such as MySpace and Facebook to get the word out to young people that help is available. The organization has also taken advantage of the popularity of YouTube by uploading interviews to promote their cause.
The “To Write Love On Her Arms” t-shirts have been worn on stage at concerts, by band members, including Switchfoot’s Jon Foreman, Thrice’s Dustin Kensure, Anberlin’s Stephen Christian, and Paramore’s Hayley Williams.

The now famous TWLOHA apparel can be purchased from websites, but also at the popular store, Hot Topic, where a percentage of every sale goes to the non-profit organization. (FAQ, TWLOHA)

TWLOHA is redefining what a non-profit organization is and what they do. In a class all their own, “To Write Love On Her Arms” is now entering unknown territory, and can only be described as a social entrepreneurship. Not only do they sell items, but they are creating self esteem and awareness. As each item is sold the organization is advertising and supporting the centers, rehabs, and programs they work with. 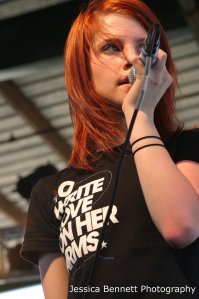 A portion of all the money raised through donations and sales go directly to treatment, recovery, and rehabilitation programs. Some of these organizations are: National Hope Line Network, Teen Challenge, and S.A.F.E (Self-Abuse Finally Ends). Throughout the past year TWLOHA has given over $100,000 to programs. TWLOHA also wants to help foreign countries, they work with Kids Help Line in Australia and give 5% of all money raised to two organizations in India, APNE AAP and SANLAAP.

Even though, based in Orlando, Florida of United States, TWLOHA, continues to fight depression, addiction, self-injury, and suicide worldwide, in other nations such as the United Kingdom, Australia, and India. (FAQ, TWLOHA)

Teens are at a formidable time in their lives, where they are between the stage of child and adult. Teenagers grow and experience new things each day. It is estimated that 20% of teenagers will experience depression before they enter adulthood, and 8.3% of teens will suffer for a year or more. Teens often become frustrated with themselves and their depression. In the search out of hopelessness, some teens turn to substance abuse, resulting in 30% of teens with depression also developing a substance abuse problem. Teens fall deeper into the hole of despair, farther away from living healthy lives. The label of drug addict is often one of the most common reasons people refuse help, resulting in only 10% of Americans receiving the alcohol and drug treatment they need.

Mental health disorders especially depression and substance abuse are both linked with more than 90% of all cases of suicide. Depression is the leading cause of suicide, and one of the leading causes of disability. Suicide is the third leading cause of deaths in teenagers. In the last 45 years suicide rates have increased by 60% worldwide, 55% occur to people between the ages of 15 to 44 years old. Nearly 30% of all suicides worldwide occur in India and China. WHO estimates 1,000,000 people die per year from suicide. Every 40 seconds one person dies from suicide. By the year 2020, experts think this rate will increase to one death by suicide every 20 seconds. Suicide is the eleventh leading cause of death for Americans. (Facts, TWLOHA)

Since 2006, TWLOHA has actively combated turmoil young people face each day, such as mental illness, self injury, addiction, depression, and suicide. However, “To Write Love On Her Arms” is one of the first non-profit organizations to expose these social taboos and openly talk about possible solutions, instead of sweeping it under the rug.

TWLOHA denies to be a Christian organization even though they openly spread the belief that “God is still in the business of redemption.” The organization teaches about forgiveness of oneself and others, and the possibility of freedom from addictions. “To Write Love On Her Arms” believes that they can repair years of self hate, by treating others with respect and love. The one of a kind organization gives the gift of love to those who feel unloved, offers hope to those without, and plays the role of rescuers to those who are drowning in a sea of despair. (Vision, TWLOHA)

“We at TWLOHA believe that rescue is possible, and are committed to communicating hope to others who know the daily struggle of living in a broken world.” The “To Write Love On Her Arms” captures the essence of this social entrepreneurship and continues to serve suffering adolescents.

We live in a broken world, where teenagers carry heavy burdens and suffer in silence. We live in a world, where we joke about those from a foreign country, who are over weight, and are homosexual. Everyday, during high school a girl felt more and more alone. At times it felt like too much to bare, or no one seemed to care. If you saw her today, you might not see the sadness or anguish behind her eyes, you wouldn’t know that she considered suicide. I am writing a testimony to her life, I am writing love on her arms. She has been my enemy. She has cried on my shoulder. She is now my friend. We may not have been close over the years, but she will always have a special place in my heart. Today she is a living and breathing example that “Rescue is possible.” 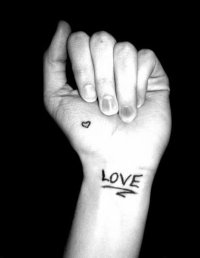 This entry was posted in Creative Writing, Reactions. Bookmark the permalink.